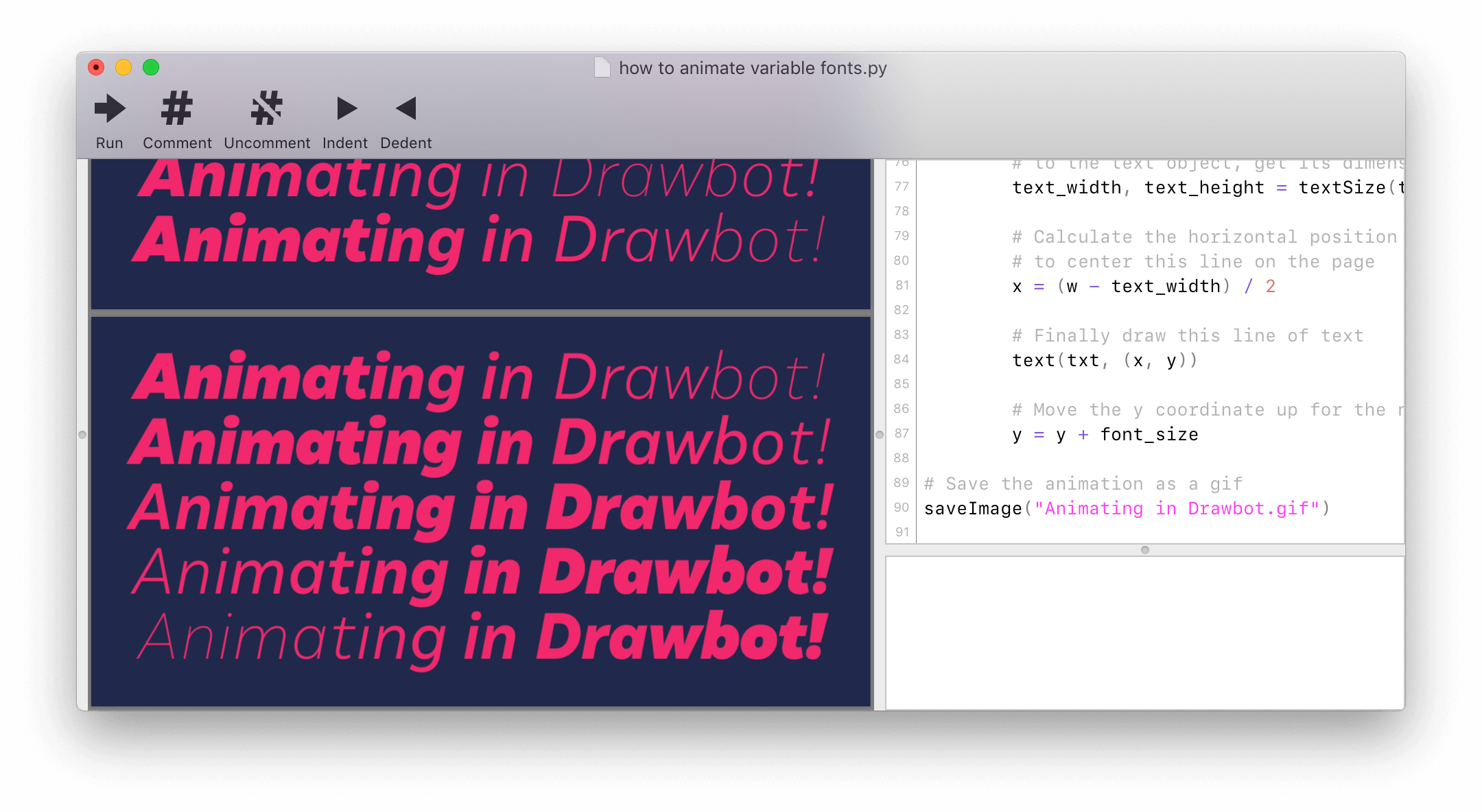 One of the most common uses of variable fonts is to make animations. You probably have already seen it: fonts that gain and lose weight, get wider and narrower, or even morph between a normal font and a stencil version, always incredibly smoothly.

You don’t need to buy expensive software to do that. In fact, a lot of these images are made in Drawbot, a free application for MacOS. Although Drawbot was initially developed as a tool for learning to code in Python, the fact that it can export in PDF, SVG, PNG, MP4, GIF and other formats made it an excellent tool for automating tasks in graphic design. You can even typeset a whole book in it and then export it as a print-ready PDF with CMYK colors!

In this post I share the code I used to create the animation of Malva Variable. Although my goal is not to make this a Python class, I took the care to annotate what every line of the code does. This way you’ll be able to read the code and have an idea of what’s happening at any given point.

To recreate the animation, copy and paste (or even better, type) the code below into Drawbot and save the file with a .py extension. If you want to, you can customize the variables at the beginning.

After copying the code into Drawbot, run the script either by clicking the Run button on the toolbar or by pressing ⌘R. After a few seconds, you’ll see a series of pages (or frames) on the left side of the window and a GIF file in the same folder you’ve saved the script.

In case you don’t have Malva Variable in your system, you can use any other variable font instead. To find out which variable fonts are installed, type the code below in a new file and then run it. This tiny script loops through all installed fonts and checks each one of them for variable properties, the variation axes.

After you run the code above, you will get a list of all the variable fonts installed on your system. Use this information to choose a font to use in the main script.